From player to coach,

There is no substitute for proven.

Widely regarded as one of the world’s preeminent tennis coaches and experts in the field of coaching education, Nick Saviano brings a unique approach to the game of tennis. He stresses the value of hard work, character, and personal integrity, with the cornerstone of his philosophy being the idea that coaching and educating young people is a sacred trust.

Nick has 45 years of world-class tennis experience—nine years playing on the ATP tour, followed by 35 years as a high-performance coach. Prior to this, he was a top US junior player and an All-American at Stanford University.

As a coach, Nick Saviano has helped train over 50 tennis players who have gone on to professional tennis careers on the WTA and ATP tours, including Grand Slam winners, Olympic gold medalists, and world’s number one in singles and doubles. The junior players Nick has worked with have won virtually every major junior tennis event in the world. This incredible body of experience and success has enabled Nick to establish The Saviano Method (TSM), which he has incorporated into the Saviano High Performance Tennis Academy. His coaching methodology emphasizes subtle fundamental principles of life and tennis success which have transcended time and are applicable at all levels of competitive play. By instilling these principles while incorporating the constantly evolving, cutting-edge changes to the game, Nick has created a formula which has achieved remarkable results. Nick’s patience, ethical foundation, dedication to personal growth, and in-depth knowledge in every aspect of tennis development make him truly exceptional in the industry. 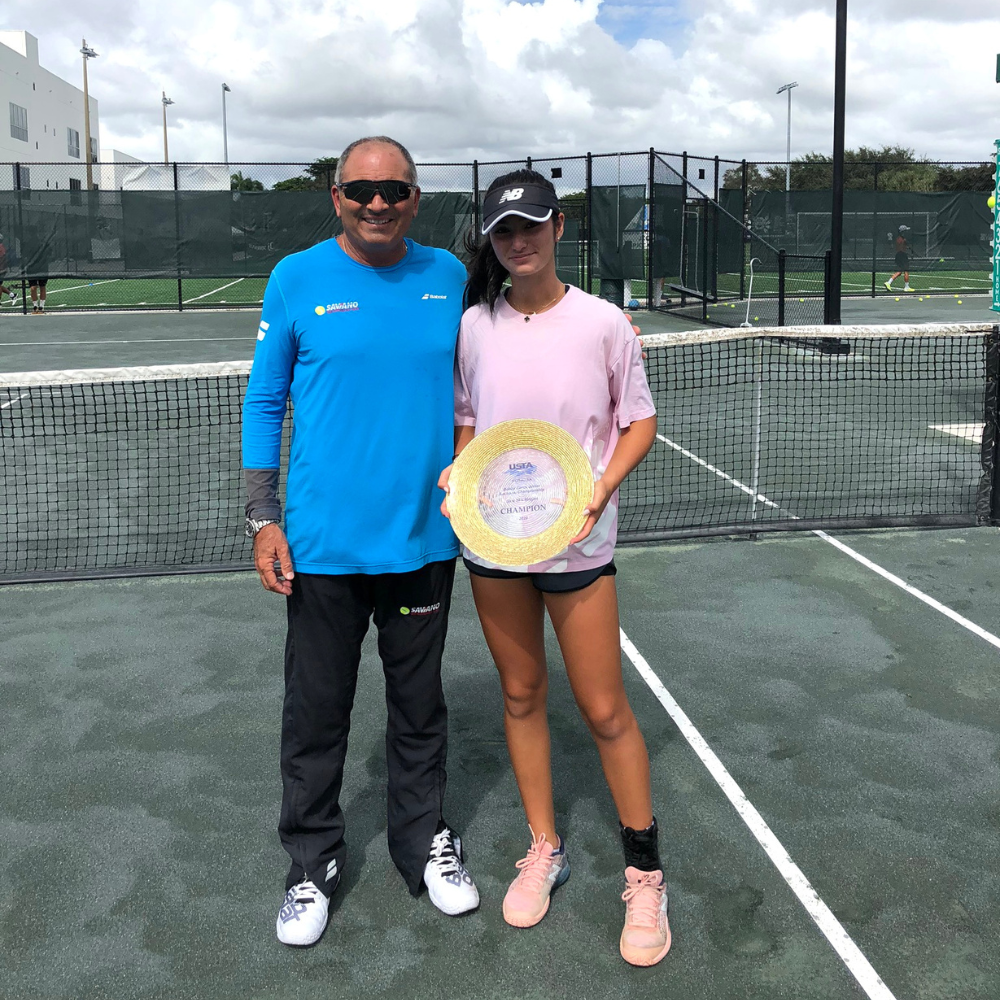 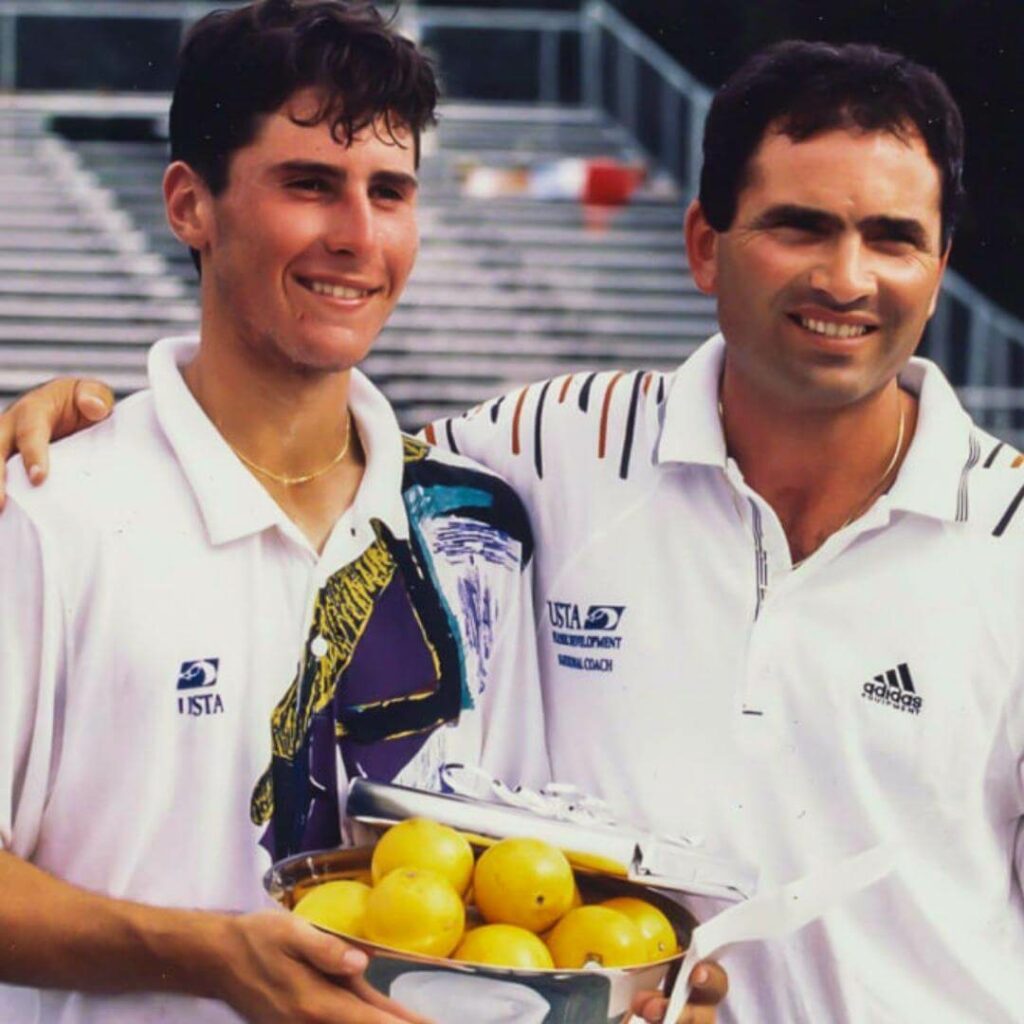 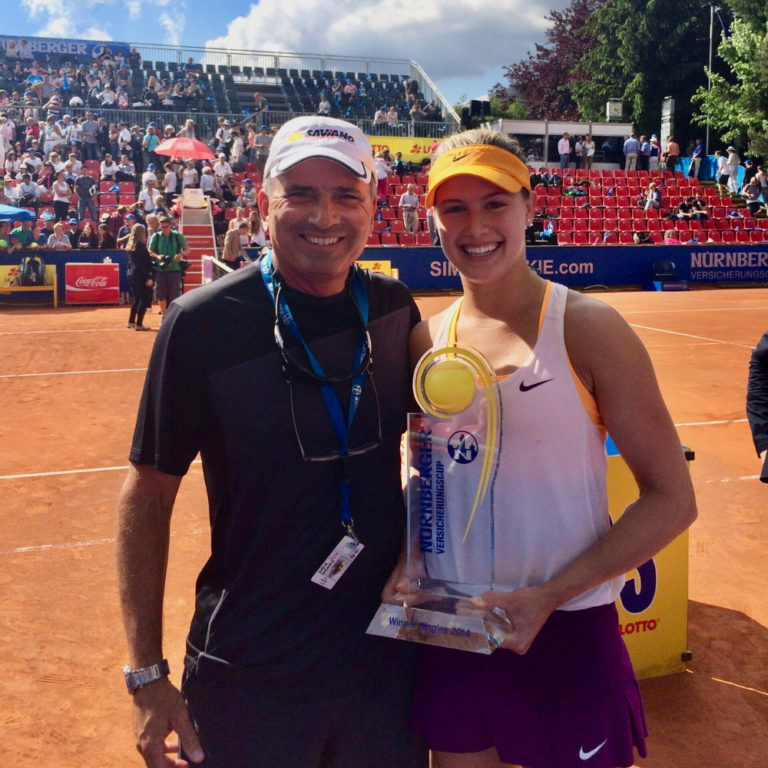 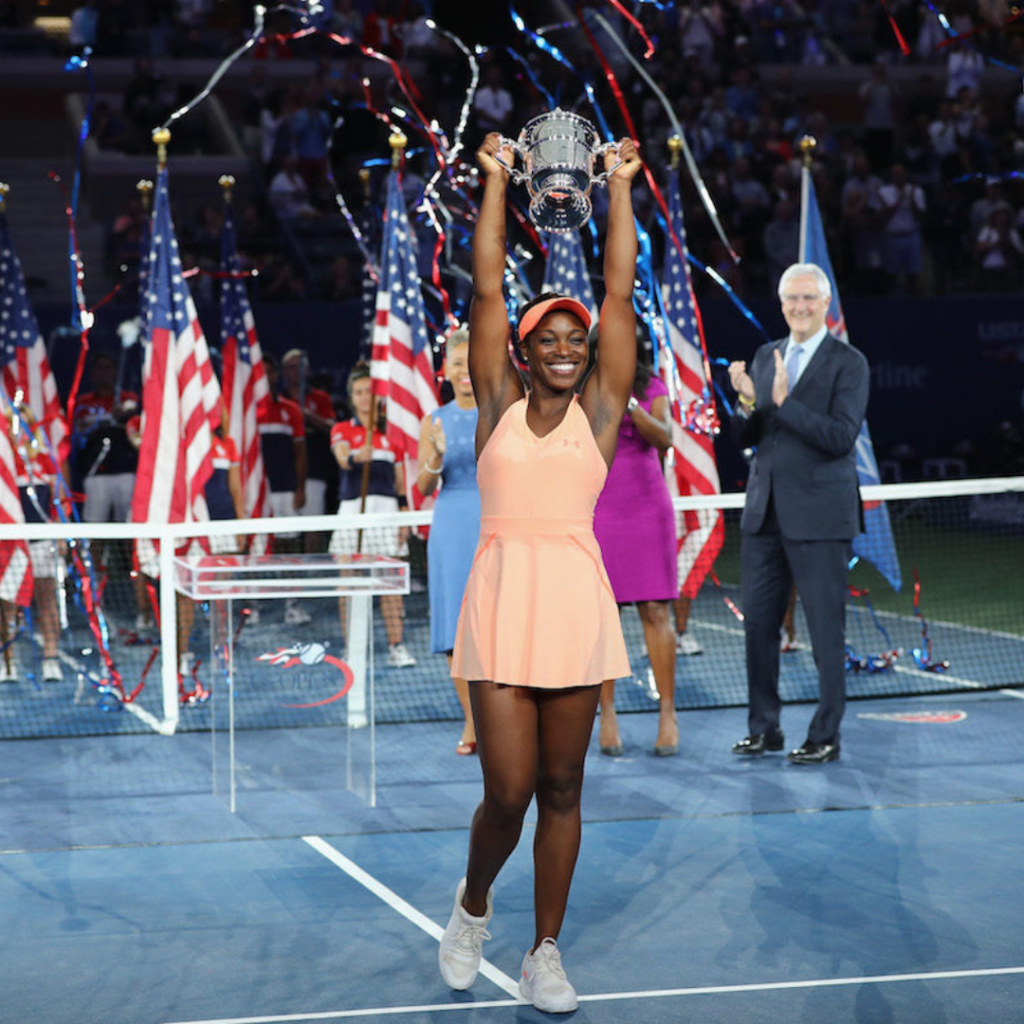 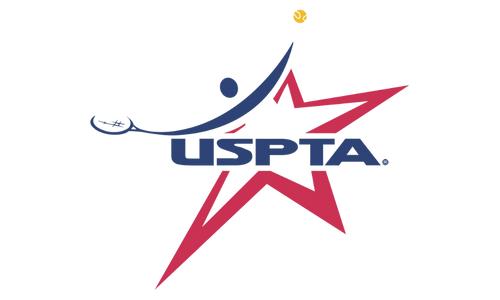 Touring Coach of the Year 2x

At the 2014 US Open, Nick was recongized with the Tim Gulikson Touring Coach of the Year award, his 2nd time winning the prestigious honor.

In 1978, Nick achieved his ATP single rankings career high of 48 in the world 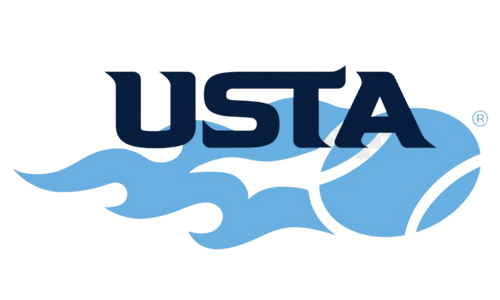 From 1988-2003 Nick served as the National Coach, Director of Coaching for Men's Tennis & Director of High Performance Coaching Education for the USTA

The Saviano Method is a culmination of Nick’s coaching and playing knowledge and experience over the past 45 years. It is a coaching methodology that emphasizes subtle core principles of life and tennis which have transcended time and are applicable at all levels of competitive play. Instilling these principles while incorporating the constant evolution and cutting edge changes to the game makes for a formula which has achieved remarkable success.

Nick’s goal is to enable each person to be all that they can be and to allow their own creative genius to be unleashed.

A career that matters

what The Industry says

Nick is intentional to develop the player from the inside out so that they are not only successful tennis players, but people as well.

I started working with Nick when I was 10yrs old. He was my primary developmental coach, building my game and confidence, and has been part of my team at different times throughout my professional career. Nick’s philosophy is to consistently focus on improvement by excelling in specific tasks on court daily. What I loved most about working with Nick was his focus on me, as a person, rather than who I was on the tennis court. Nick has a value centered, wholistic approach to coaching. His approach focuses on every student finding what brings them joy while encouraging them to be the best version of themselves every day. It’s a thoughtful, positive approach that definitely brings out the best in you. 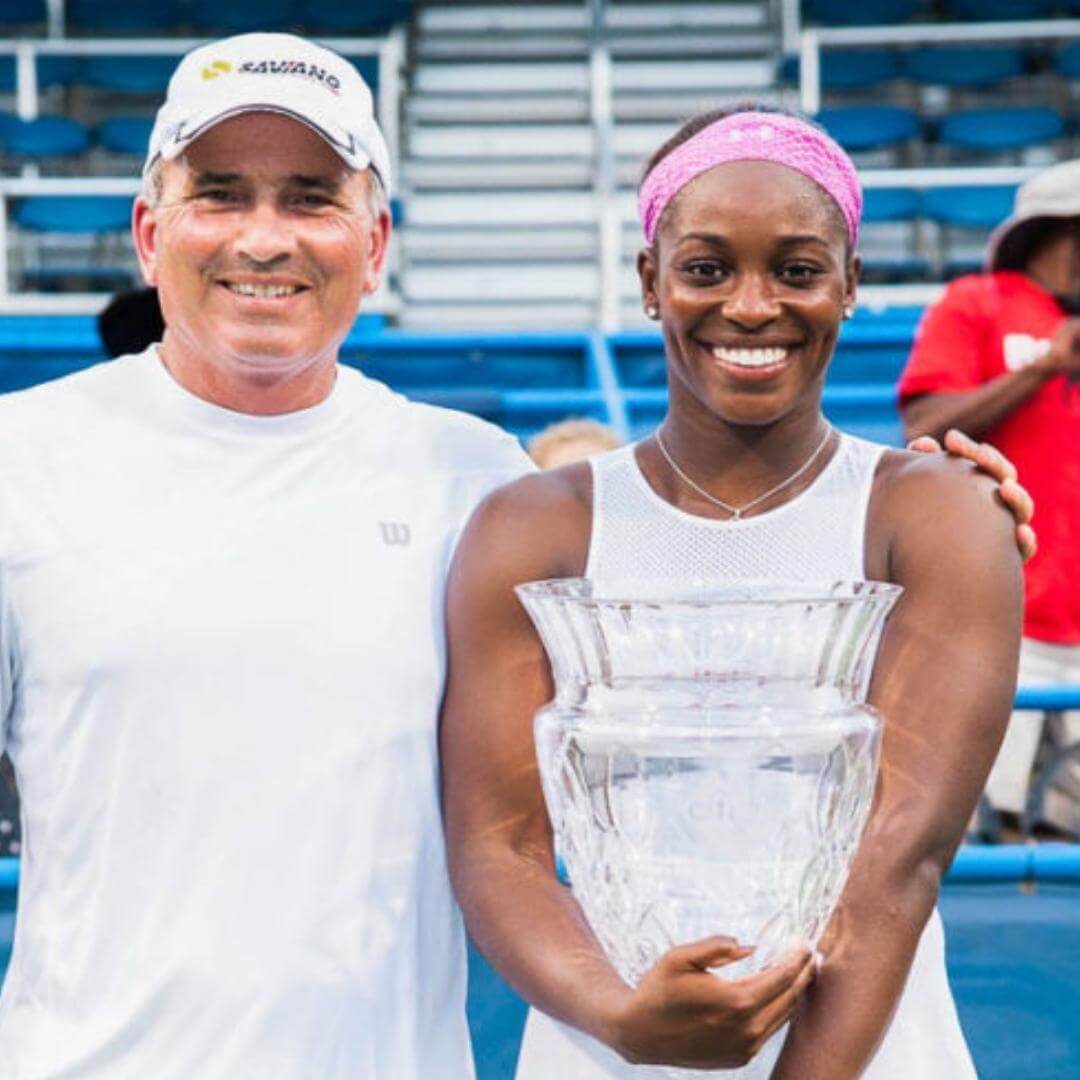 Sloane Stephens
As a graduate of two Ivy League schools, training and teaching in surgery at Harvard Medical School, and as the parent of five children playing competitive sports, I have never seen a teacher as gifted as Nick Saviano. His uncanny ability to assess a player’s personality and mental stages of a player’s development to transmit his unequaled knowledge of the technical aspects of tennis have helped our daughter’s game and national ranking skyrocket in just one year at SHPT. Needless to say her strokes have improved, but more importantly she has learned to believe in herself and compete for every point.
SHPT Parent
Cardiothoracic Surgeon
Learn More about SHPT

Thank you for visiting our site and showing interest in Saviano High Performance Tennis (SHPT) and our world-class training program.

At SHPT, we provide outstanding coaching and training to tennis players from around the world, using “The Saviano Method” (TSM) as our cornerstone. We work with players at many stages of development, from young juniors and aspiring collegiate athletes to world-class ATP and WTA professionals. We offer a comprehensive learning experience in a safe and wholesome environment to personally address the needs, goals, and aspirations of each student.

By creating the optimum learning and training environment, SHPT can develop players in the most rapid, efficient, and effective way. I personally design and direct every aspect of our training program, drawing on decades of successful experience in the tennis industry, and I am typically on-court daily working with all of our players. Through my personal direction, our outstanding coaching staff (whom I hand-pick and train extensively), and tremendous training facilities, SHPT has emerged as one of the most highly respected and successful tennis academies in the world.

Choosing SHPT for your child is a choice to give them the absolute best opportunity to improve their tennis game, achieve their tennis goals, and experience and grow in their principles of life success, which will profoundly benefit their lives both on and off the court for years to come. If you’re ready to experience the SHPT difference, call us today to discuss our world-class training programs and schedule a visit. We would be honored to have you or your child join us at SHPT.

Learn More about our programs

At Saviano High Performance Tennis, the core of our success is the methodology that Nick has curated over his 40+ year career.

Every day at the academy, players work through not only the technique needed to hit a ball well, but the strategy & mindset necessary to do it at the highest level consistently.

This methodology has been distilled by Nick into his book, Maximum Tennis, and recently into his online tennis training platform by the same name. Every player at Saviano High Performance gets access to these great tools on a day in and day out basis.

one of the WORLD'S MOST PREEMINENT COACHES

SPEAK WITH THE TEAM

LOGIN TO YOUR DASHBOARD